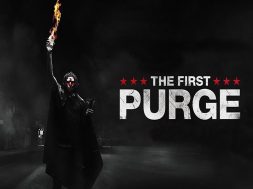 Are you ready for another successful cleanse? The Purge is returning to Halloween Horror Nights (yes, again!), landing as a maze for the second year in a row.

The form the successful property is taking this time is The First Purge, the fourth film in the overarching franchise and, chronologically speaking, its very first chapter (helping to set up not only its three big-screen predecessors, but also the television series that debuts this September on USA Network). The movie, which is actually in theaters now, is almost ready-made for the haunted house treatment, featuring a wide variety of scenes to draw from (the Purge block party, which ultimately [and unsurprisingly] turns into a blood bath, is the first to come to mind) and a signature visual motif (all of the Purge participants are encouraged to wear glowing, different-colored contact lenses that record the night’s shenanigans, producing some rather memorable – and sinister – moments). If ever there was a Purge entry to feature at HHN, this arguably is it.

But, perhaps, we’re getting a little ahead of ourselves here. The Purge is a quickly-expanding franchise that only got its start in 2013, and although that initial installment was a rather straight-forward and self-contained story (yet another take on horror’s classic home-invasion plot), it had a wide-open premise: in order to help combat an economic malaise that had gripped the United States, a new political party calling itself the New Founding Fathers of America instituted a 12-hour period in which practically any crime is legal, up to and including murder. From this, a growing mythology of socio-political manipulation, governmental conspiracies, and cultural commentary (particularly in the current political environment) has sprouted, almost instantly becoming one of Blumhouse Productions’s biggest and most successful intellectual properties.

The IP’s involvement with Horror Nights actually spans its entire existence, featuring a scare zone for every one of the first three films’ releases (The Purge in ‘13, The Purge: Anarchy in ‘14, and The Purge: Election Year in ’16), a sort of greatest-hits compilation in the movies’ first off year (The Purge: Urban Nightmare, a scare zone, and Survive the Purge, a Terror Tram experience, both arrived in ’15), and a maze cameo in its second (it joined two other studio releases, Sinister and Happy Death Day, for 2017’s The Horrors of Blumhouse mash-up). Yes, that’s right – that’s six appearances across the past six years, making it Universal Studios Hollywood’s version of Universal Orlando Resort’s Walking Dead over the same time period (for the sake of completeness, we should note that USH only hosted AMC’s zombie-apocalypse series for four years, though the permanent attraction helps to compensate for its continued maze or scare zone absence).

The First Purge will join Stranger Things and Trick ‘r Treat at Universal Studios Hollywood’s Halloween Horror Nights, which starts on Friday, September 14 and runs for select nights throughout the rest of that month and on into October and November.

previous Hollywood’s Wizarding World of Harry Potter has new (and the best!) spells
next The Horrors of Blumhouse: Chapter Two announced for Halloween Horror Nights 2018 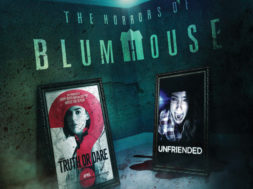