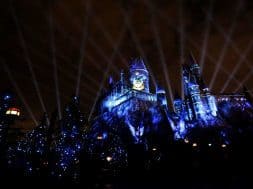 The LA Times reported that the nighttime projection show for Hogwarts Castle at The Wizarding World of Harry Potter has been officially announced and will be debuting June 23.

The show will utilize projectors, lighting effects, and music to create a dynamic experience for guests to enjoy. According to Stacey Quinealty, Senior Manager of Audio and Visual Production, “It’s going to give them a sense that they are wrapped by the orchestra, not just watching something at a distance.”

The famous Sorting Hat will be narrating this five-minute show, which will feature the four houses of Hogwarts: Gryffindor, Slytherin, Hufflepuff, and Ravenclaw.

Orlando Informer published an article discussing the nighttime show back in December 2016. Just recently, Universal Orlando announced their Hogwarts Christmas-themed  show will be debuting beginning on November 18, 2017 to kick off the holiday event at the resort. 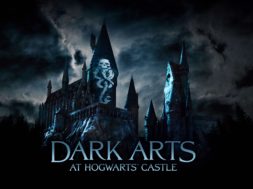 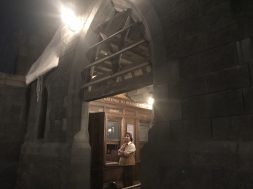