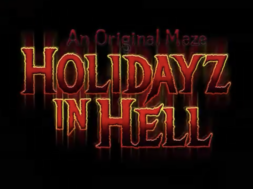 Are you ready to return back to Holidayz in Hell, in a whole new way? For 2019, the popular scare zone from 2018’s event, will become an all-new house for the event!

Holidayz in Hell was featured as one of five scare zones at Halloween Horror Nights 2018. Guests would traverse through an area on the world famous Universal backlot, only to come face-to-face with demonic versions of such as Cupid, Father Time, and the Easter Bunny.

Here’s how Universal describes the house:

“A tortured Tunnel of Love, inhabited by a crazed Cupid on a quest for hearts to break or take will make this Valentine’s Day anything but romantic; an unhinged Uncle Sam will create a sinister July 4th killerbration; treacherous turkeys will gobble, gobble an unsuspecting family; and a sick Santa will adorn Christmas Trees with human body parts, with many other milestone killer holidays.”

Over the past several years, the event has featured iconic musical artists to become inspirations for original house, like Alice Cooper and Slash. Holidayz in Hell will feature original music from electronic music artist FIGURE.

An all-new scare zone will accompany the house in a creepy Christmas-themed area in the Upper Lot.

Over the past several years as Halloween Horror Nights – Hollywood transformed itself into what they called themselves as a “living horror” experience; this house is a departure from an IP-driven only event, to an original concept, which is a welcome surprise to many fans of the event.

Are you excited about this new house? Be sure to share your enthusiasm with our CI Community Facebook group.

This is a developing story. Check back soon for full details. 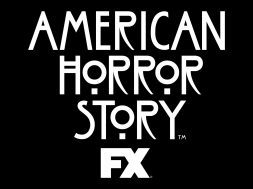