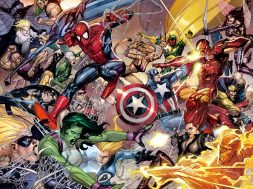 The Wizarding World of Harry Potter. Pandora: The World of Avatar. Star Wars Land. All of these recent or upcoming projects have dominated all the excitement within the themed community, but it turns out there is one other development that deserves more than its fair share of attention: Marvel Land.

Talked about in whispers for the past few years, and mostly relegated to the back burner of Walt Disney Imagineering while all the other endeavors got underway, the theme park land is finally exploding to the forefront of Disney’s corporate communications – today at D23, the company’s biennial expo, it was announced that Marvel Land, which will have Spider-Man and the Avengers among its residents, will be arriving at California Adventure.

The reasons why this upcoming project should skyrocket to the top of everyone’s mind are simple but potent. For starters, the Marvel Comics properties (along with all their interconnected brethren, headlined by the unprecedentedly-successful Marvel Cinematic Universe) contain some 50 years of history, several thousand characters, and a nearly unlimited amount of potential to create engrossing attractions, ranging from elaborate dark and thrill rides to character meet-‘n-greets – all of which can already be seen in some form, actually, from Universal Orlando’s Marvel Super Hero Island and Hong Kong Disneyland’s Iron Man Experience to Disneyland’s recently-closed Super Hero HQ.

Secondly, Imagineers have reportedly spent a great deal of time and resources on designing the new land’s many sights and sounds, efforts that might even be able to raise the theming bar as much as Harry’s wondrous world or Star Wars Land already have. And, finally, California Adventure’s new expansion represents – finally – the full-fledged arrival of the Marvel brand unto American ground; Universal’s pre-existing contract with Marvel has prevented the company from staking any major ground in Orlando, and Disney has opted up until now to focus its efforts at those international parks that have been floundering to one degree or another and, as such, have needed the extra attention that Marvel’s presence would generate (such as Iron Man, Ant-Man, and Avengers rides that have already or will soon arrive at Hong Kong Disneyland). While, yes, Guardians of the Galaxy – Mission: Breakout opened just this summer at California Adventure, it was a retheme of Twilight Zone Tower of Terror, and not an original ride unencumbered by preexisting structures or constraints – it, as such, merely scratched the surface of what a Marvel themed experience can be.

Although not confirmed, we believe that Marvel Land will arrive in 2020. With Pandora: The World of Avatar having already opened at Animal Kingdom, Toy Story Land scheduled for next year at Hollywood Studios, and, of course, with Star Wars Land arriving on both coasts (well, probably) in 2019, Marvel Land will be just the latest in a non-stop deluge of Disney expansions, building upon the company’s momentum to try and steal away some of Universal’s growing affluence: Volcano Bay just opened this year at Universal Orlando; Universal Studios Hollywood has seen a large swath of arrivals, from The Wizarding World to The Walking Dead to Kung Fu Panda, which will land next summer; and, finally, both locations will be throwing an already-lauded Harry Potter Christmas celebration starting in November.

But looming over this all is Super Nintendo World, a development that should bow at Universal Studios Japan in 2020 (before materializing at both American theme park destinations in the years shortly thereafter). Disney already is keen to deflect this as much as possible – and moving its Marvel Land opening to the same year as Super Mario’s Japanese debut is no small matter of it fighting themed fire with fire. 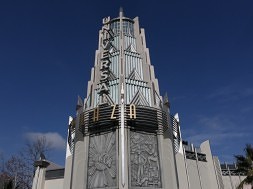