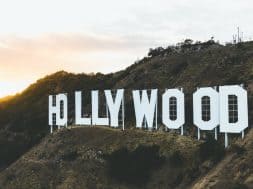 Universal Studios Hollywood has seen something of a rebirth these past three years, with such heavy-hitters as Super Silly Fun Land, Springfield, The Walking Dead, and, but of course, The Wizarding World of Harry Potter arriving to transform the park’s Upper Lot. When combined with the light makeover that CityWalk has also been receiving, along with the rumors of potential on-site hotels and, even, a second theme park arriving in the not-too-distant future, it’s obvious that NBCUniversal’s new parent company, Comcast, has some rather substantial long-term plans in mind for the location that started its newly-resurgent theme park empire.

In an interview with local ABC affiliate Eyewitness News over the weekend, Los Angeles Mayor Eric Garcetti suggested that a new gondola transportation system may soon drop off both residents and tourists at the famous Hollywood sign in Griffith Park – a transportation system that might have its originating point at, or right next to, Universal Studios Hollywood.

The rationale for this West Coast skyway is purely locally-based – the Beachwood Drive trailhead, a major gateway to Griffith Park, was shut down last month after a nearby ranch sued LA over foot traffic that bled onto its land, thereby increasing congestion on all other neighboring routes. With USH’s recently-expanded parking apparatus, it is already ideally suited to handle the traffic that a gondola station would create, and the park’s freeway accessibility means that the strain on local roads would be limited.

Still, the timing of this hypothetical transportation arrangement is notable, given all the recent waves that Disney has been making over the past few months with a gondola of its own in Walt Disney World Resort, which will link the Epcot and Hollywood Studios theme parks with three on-site hotels (Caribbean Beach Resort, Pop Century Resort, and Art of Animation Resort, for all those playing along at home). The notable difference between the two scenarios, of course, is that the latter will be located exclusively on property owned by The Walt Disney Company and will be implemented for the sole benefit of its customers; the Hollywood proposal, meanwhile, would be meant to be a public transit option, with ancillary benefits befalling Universal Studios (since they’re already there, sightseers may wish to check out what all the fuss over Harry Potter is all about).

Attendance at the theme park has already surged some 60% since Hogsmeade opened in April 2016, and a second possible wave of new visitors could potentially be enough to make Comcast and NBCUniversal speed up their planned future developments. Even better, it might also spur the companies to make some hitherto-unexpected decisions to handle all the new traffic – not unlike their decision to import a copy of Transformers: The Ride – 3D to Universal Studios Florida after previously ruling that very possibility out of hand.

That’s all of this goes through, of course; as of right now, this is merely Mayor Garcetti’s wistful daydream.