Universal Studios Hollywood will be open from 9 a.m. to 1 a.m., with EVE kicking off at 9 p.m.

All rides and attractions will be open until 1 a.m., but note that the Studio Tour, The Walking Dead, WaterWorld, Special Effects Show, and Universal’s Animal Actors will be closing earlier than the rest of the park. There will be in-park signage letting guests know about early closures, but we strongly recommend downloading the Official Universal Studios Hollywood mobile app to up-to-the-date information.

Universal Plaza, Simpsons Plaza located adjacent to “The Simpsons Ride” and an area near “Jurassic Park—The Ride” will transform into three uniquely-themed electrifying party hubs that will culminate simultaneously at midnight with a traditional New Year countdown and a spectacular fireworks display.

Food and beverages, including specialty desserts, champagne, beer and wine, as well as 2018 memorabilia will be available for purchase.

With its festive environment, guests can toast the New Year with the spirit of the holidays already resonating throughout Universal Studios Hollywood. “Christmas in The Wizarding World of Harry Potter” introduces “The Magic of Christmas at Hogwarts Castle.” Several times each night, guests can enjoy amazing images inspires by the Harry Potter films as they come to life in breathtaking digital light projection on the backdrop of Hogwarts Castle.  And with extended hours on December 31, guests can celebrate the final day of “Grinchmas™” with The Grinch, his faithful dog Max and a roster of Who-ville Whos.

Universal CityWalk Hollywood will not participate in EVE, as many of the entertainment venues will have their own New Year’s eve celebrations.

previous Universal is throwing its biggest Christmas celebration ever
next REVIEW: Christmas in The Wizarding World of Harry Potter 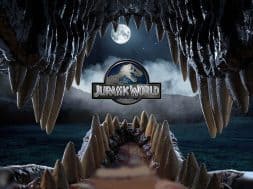