Observe a series of vaguely European streets, adaptable to dozens of specific locales and time periods and used in dozens of Universal’s most famous features. 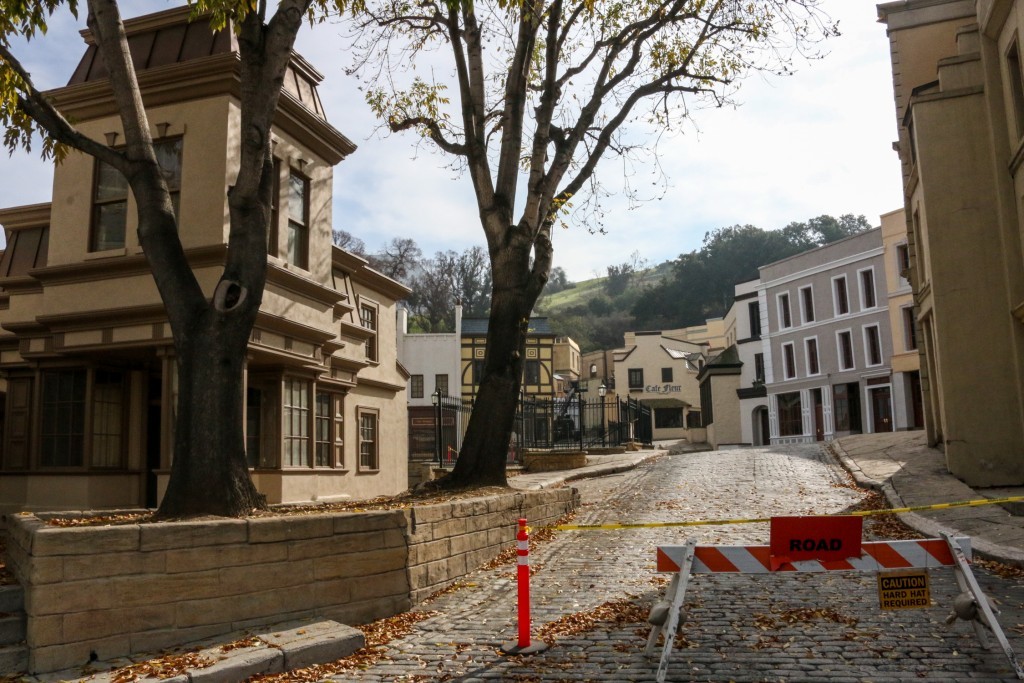 Though many of the sets have been rebuilt over the years, the general area has been used for Dracula, Frankenstein, All Quiet on the Western Front, The Hunchback of Notre Dame, the Pirates of the Caribbean trilogy (as Port Royal), The Pink Panther (2006), and Angels & Demons, among many others.

Nonexistent; Jimmy Fallon flirts with girls in several languages on the tram monitors.

The sets are best observed from the left side of the tram. Given the area’s narrow alleys, the tram does not generally pass directly through any of the streets.