The park’s central photo center is located in the entry plaza, across from the Studio Store and next to the stroller & wheelchair rental center. Anytime an official park photographer takes a picture of you, they’ll hand you a slip of paper with your number – bring this slip to the photo center to purchase your park pictures in varying sizes and frames. 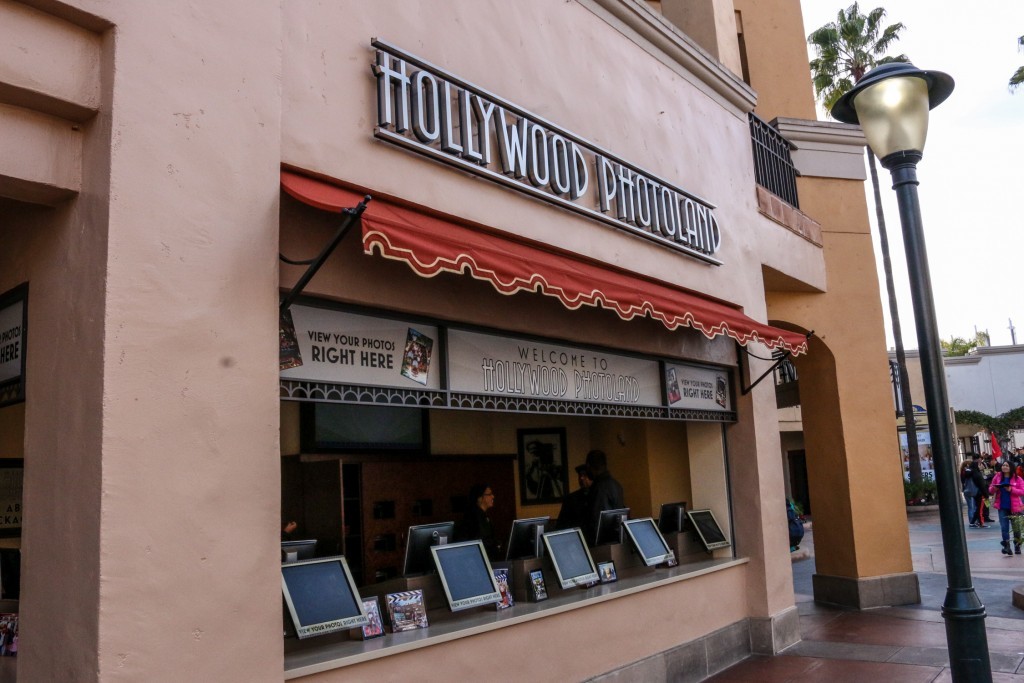 Some character meet and greets (like Transformers) have a photographer on hand taking official photos with a snazzy camera. They’ll hand you a slip to find and purchase your picture at the aforementioned Photo Center. Don’t worry, though: you can still take pictures with your own cameras.

Additionally, you’ll find photographers scattered throughout the park taking general shots (especially in the entry plaza at the beginning of the day). You’re not obligated to purchase a photo taken, so feel free to pose!

Revenge of the Mummy
Photo Taken: Just after the ride’s launch.
Sold At: A special counter just outside the ride’s exit.

The Simpsons Ride
Photo Taken: As the ride ends and your vehicle descends, Krusty the Clown snaps a photo.
Sold At: A special counter just outside the ride’s exit.

While some might be tempted to do something inappropriate for the camera, keep in mind Universal will not sell illicit photos.

There are a number of photogenic spots throughout the park. Here are a few of our favorites:

For information on getting photos with your favorite characters, check out our Character Guide.